This month is Thyroid Awareness Month and besides the fact that drawing awareness to a disease that effects well over 30 million Americans, it is also very important to bring more attention to this subject for the fact that thyroid disease is more often than not, untested for, misdiagnosed or even overlooked all together. The campaign to help bring awareness to this disease was brought about to not only bring attention to the matter, but to also help those who have been diagnosed and to make sure others who may not be, to get themselves tested and help them find out how to treat it.

Thyroid disease is most often caused by autoimmune disease and can affect men, women and children (however, women are 7 times as likely to be diagnosed with the disorder). Thyroid disease is typically broken down into two categories (when diagnosed properly), one being Hypothyroidism (also know as underactive thyroid) and the other being Hyperthyroidism (also known as overactive thyroid). However, Thyroid disease can also be thyroid cancer, thyroid adenoma and even on rare occasions can be lymphomas or metastasis. This disease can be an actual cause of weight gain and difficulty losing weight (or even to the other extreme of weight loss), high cholesterol, depression and loss of hair, and can be the reasons for infertility, miscarriage, breast feeding problems and other menstrual issues for women.

So during this month, whether you are showing support for a friend, a family member or helping your own cause by bringing awareness, you can wear these light blue ribbon products with pride. Help bring awareness by wearing the light blue ribbon on a button, t-shirt, sticker, hoodie or by carrying a key chain, drinking from a mug or through many of the other products.

Here are a few of our favorite products below. Shop our full selection of Thyroid Disease Awareness Products 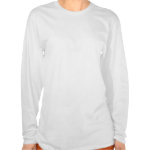 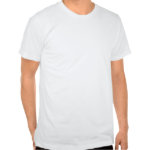 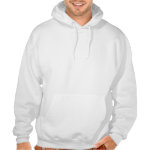 Hi All! Welcome to 2013! Hope the new year is treating you well so far! Well, it’s January. The Holidays are over, the decorations are coming down, and we are easing back into our everyday routines. School will start up again soon and work vacations are coming to a close.

With this first month on the calendar comes a clean slate, and a chance to make changes in the coming year. One good way to make a change is to spread awareness, and learn about serious issues that effect individuals across the globe, with the following information hitting close to home for us, as our Mother still struggles with thyroid issues, as did her Mother before her. January gives us such an opportunity, as it is Thyroid Awareness Month.

“What exactly is Thyroidism?”, you ask? Although Thyroidism may not seem to be a “prominent” disease like Cancer or Diabetes, it effects over 200 Million of People worldwide, and roughly half of that number are still undiagnosed. For those who are unfamiliar with it, Thyroid is an auto-immune disease with two extremes – Hyperthyroidism and Hypothyroidism.

Hyperthyroidism and it’s symptoms are caused by overproduction of Thyroid hormones, but can have several different outcomes, including:

Hyperthyroidism can also, although rarely, be caused by malfunctions in the pituitary gland and cancerous growths in the thyroid gland. If left undiagnosed, this illness can lead to heart attacks (as a result of consistently rapid heartbeat), high blood pressure, intolerance to heat, fatigue, hair loss, brittle hair and nails and excessive weight loss.

The other extreme of thyroidism is Hypothyroidism, which is caused by underproduction of thyroid hormones, which causes your energy level to drop. This too can have several results in outcome, including: