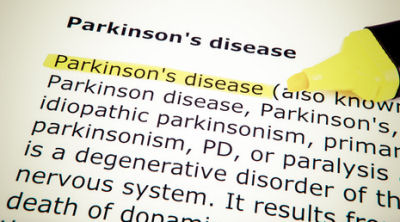 Did you know that more than one million people live with Parkinson’s disease? And that’s just in the US alone. The worldwide estimate is between seven to 10 million people diagnosed. That is more than the number of people diagnosed with MS, Muscular Dystrophy and ALS, or Lou Gehrig’s disease combined. If you are not familiar with the disease or if you aren’t sure of what it is, arguably, the most “famous” cases of Parkinson’s are those of Michael J. Fox and Muhammad Ali.

Parkinson’s occurs as a result of neurons in the substansia nigra beginning to deteriorate. These nuerons, or nerve cells, are responsible for producing dopamine, which allows the substansia nigra to communicate with the Corpus Striatum, which coordinates smooth muscle movement. Lack of communication results in the inability to control body movements.

The total amount of those who are affected by the disease worldwide hasn’t even been touched, as thousands of others have yet to be diagnosed, or have had the disease go undetected.

Men are one and a half times more likely to have Parkinson’s than women, and about four percent of cases are diagnosed before age 50. Normally, incidence of Parkinson’s increase as you get older.

It also estimated that the annual cost for Parkinson’s, both indirect and direct costs, is approximately $25 billion dollars, with prices of treatment, Social Security payments, and loss of income as Parkinson’s patients who may have the inability to work combining to create that number.

If you, or someone you may know is affected by Parkinson’s disease, and you are looking for ways to spread the word and spread awareness, check out the Parkinson’s Disease Awareness section of the online store! Shirts, hats, buttons, mugs and other items make for great awareness and discussion, as well as great gifts!