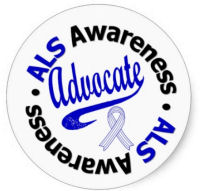 In light of the newest awareness trend, the “ice bucket challenge”, it may be time for an awareness post for ALS. Although the new trend that has spread throughout the internet and reached the masses, and has raised over $1.3 million, not everyone actually knows what ALS is. The disease and it’s effects stretch far beyond the videos, the tweets, and the hashtags.

Amyotrophic Lateral Sclerosis, commonly known as Lou Gehrig’s Disease literally means “No Muscle Nourishment”. ALS is a degenerative disease that progressively attacks nerve cells in the brain and spinal cord. Motor Neurons are destroyed by a degeneration process, which disables the brain from initiation of muscle control. Once these neurons degenerate, impulses can no longer be sent to muscle fibers that control muscle movement. After muscles stop receiving impulses, and stop receiving nourishment, they begin to distrophy, which means they begin to become smaller. Those in the later stages of the disease may become completely paralyzed. Increasing muscle weakness in the arms and legs, speech, swallowing, and breathing may be signs of ALS, and should be checked out if they progress.

Did you know that approximately 15 people are newly diagnosed every day in the US? That’s over 5,600 cases of ALS! It is estimated that roughly 30,000 Americans may have the disease at any time. 93% are patients, with the majority of cases, nearly 60%, occurring with males. Most cases of the disease belong to those between the ages of 40 and 70, with an average age of 55. ALS rates increase as men and women grow older, with evidence of the disease equalling out as men and women get older. Although more thorough investigations into the causes of ALS are still being conducted, it is known that military veterans that were deployed in the Gulf War are almost twice as likely to come down with ALS.

The life spans of those living with the disease are at least three years after the diagnosis. 20% of people with ALS live five or more years, and up to 10% will live more than 10 years. Learn more about ALS at the ALS Association website, and find out how to help support those who are living with this disease.